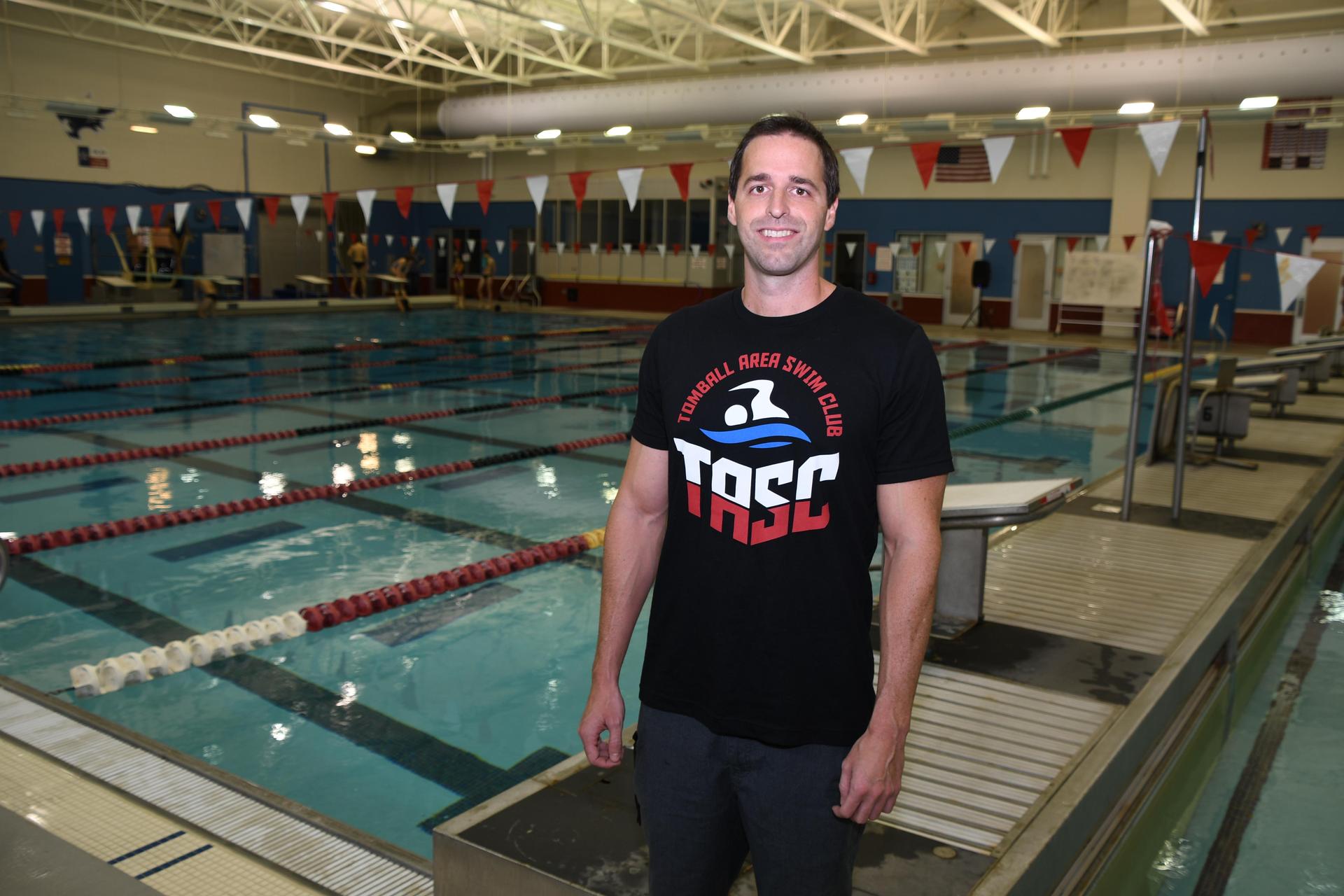 For Scott McCracken (THS ’03), coming home and giving back to the community that supported him was always on his radar.

A record holder, a champion, a swimmer, a college graduate and a leader, McCracken embodied a winner.

He is a Tomball native and began swimming at the age of five for the Heatherwood Hurricanes. He took his young talents to THS, where he was a four-year letterman on the swim team, coached by Dr. Lee Wright, the current principal at Oakcrest Intermediate School in Tomball ISD.

“Dr. Wright was my swim coach all four years in high school and I would consider myself very lucky to call him a mentor and a friend,” McCracken said.

To this day, McCracken is an All-American that still owns two school records at Tomball High School and because of those successful years, he landed at TCU on a swimming scholarship.

McCracken still holds the TCU school record in the 50 free and was an All-Conference performer for the Horned Frogs. In 2008, he achieved a world ranking of 35th in the 50 Meter Free and competed in the U.S. Olympic Trials.

His passion for swimming continued beyond his college years. He earned a degree in finance from TCU (’08) and felt like teaching and coaching was where he needed to be.

He returned home to Tomball and immediately made an impact in the community. Utilizing the swimming pool in the school district, McCracken wanted to build swimming in the community through a local swim club.

“When I swam for Tomball ISD we didn’t have a pool of our own. We always travelled to local pools to practice and every high school program around us had a reputable club team. By the time I finished college, Tomball ISD had their own facility, but still no club team,” McCracken remembers.

By bringing swimming to the community, he found his career path.

“I wanted to give young children a place to start and to give the high school swimmers a place at home where they could continue to hone their skills and not have to travel outside the district to do so,” he said.

“This is where I grew up, made friends, learned life lessons and discovered what I could do as an athlete and as an adult,” McCracken noted. “Tomball ISD was there for me through it all and continues to be even now. The staff, teachers and coaches in the district have always been a huge support for me and now for my club team as well.”

McCracken embodies what Tomball ISD is all about as a successful alumni and member of this established community.

“We work every day at providing a place for kids to thrive. At TASC, we teach our kids to set goals, that success is earned, and that the world is not actually about instant gratification. We give them a place to come each day where they can have fun, spend time with their friends and stay out of trouble. Our program will continue to work closely with the high school swim teams so that our district athletes are successful at the high school state-level competitions, with us in USA Swimming, as well as in life.”