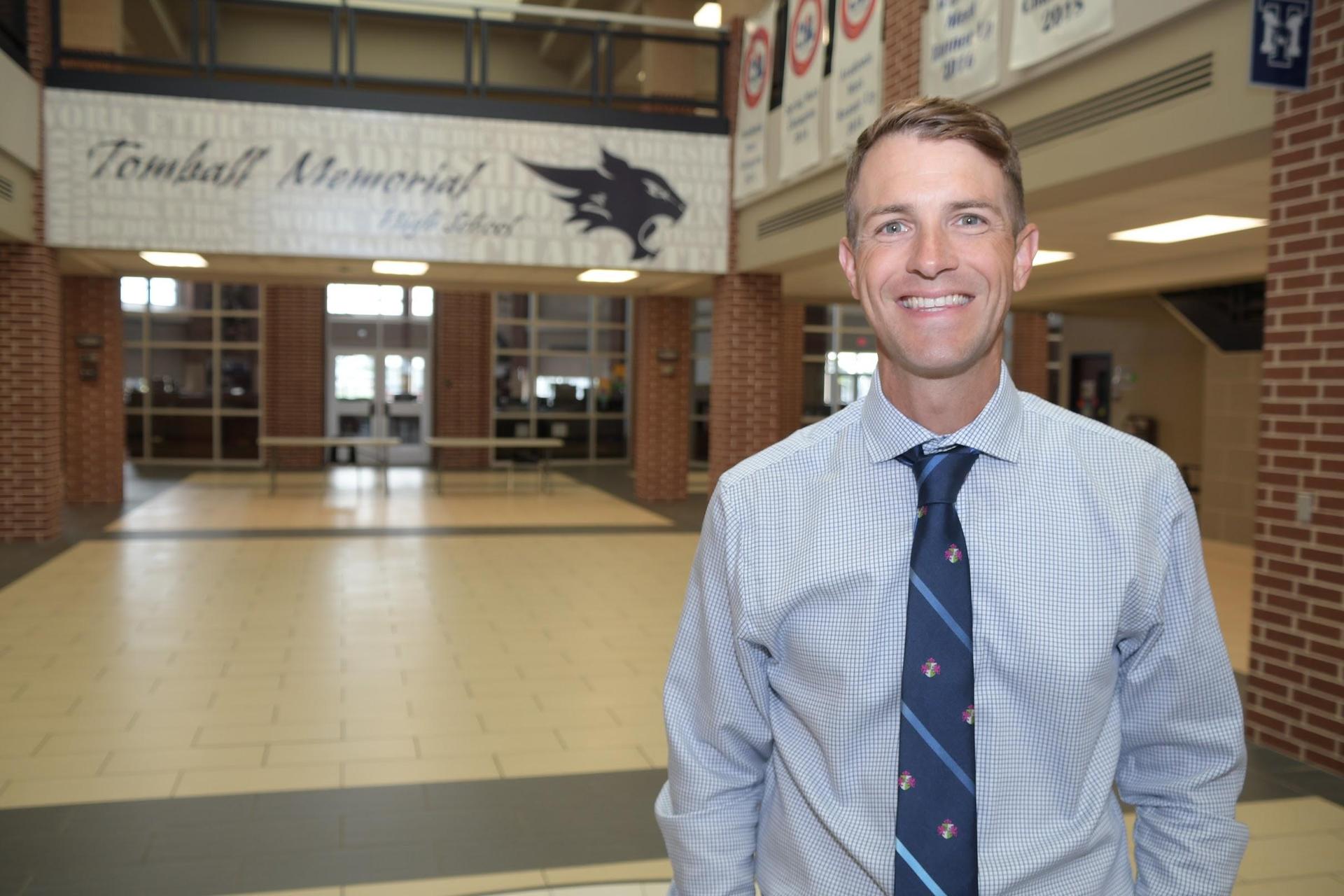 Coming home was never a question for him.


“I wanted to be able to feel that connection of pouring back into something, and a place, that invested so much in me and really shaped me as a young man.”


As the new principal of Tomball Memorial High School, Dr. Mike Metz will have the opportunity to continue to pour into the district he calls home.


His parents bought a house in Tomball in 1979.  After graduating from Tomball High School (Class of ’98), he attended Texas A&M University, where he received a Bachelor of Science Degree.  Continuing his education, he earned a Master of Education Degree from Sam Houston State University, and later a Doctorate in Educational Leadership from Lamar University.


Returning to Tomball in 2004, Dr. Metz started his professional career as the head soccer coach at Tomball High School, coaching the team he played on during high school.  In 2009, he got the opportunity to be an assistant principal at Northpointe Intermediate, and in 2012, he became an assistant principal at Tomball High School. In 2014, he left the district to take the principal role at Magnolia Junior High, and later Magnolia High School.


While Tomball today may be bigger than the Tomball Dr. Metz grew up in, to him, it is still the small town community that he grew to love.  “It has the advantages of a bigger district, but it still has the personal touch of a small town that truly cares about its kids and its community, and cares about the future of our nation.  And you can see that. You can see little glimpses of that all over,” Metz said. “Which is exactly why we chose to live here and it is exactly why I came back.”


“All of those relationships that I had built was the most reinforcing thing about me coming back to Tomball.”


The value of relationships, as well as of work ethic, were instilled in Dr. Metz throughout his childhood in Tomball.


“There was always a sense of pride and accomplishment in the actual work we were doing and in the product you were producing,” said Metz.  “It helped me to be creative and have a vision for a future brighter than it is today, but then also gave me the work ethic to make sure that vision came to life.”


It is this work ethic and vision that have brought him back to Tomball, time and time again.


“I have an opportunity to get a front-row seat to work with a staff, to cast a vision, and to inspire kids to achieve beyond whatever they thought possible,” Metz said.


“There’s no greater job than that.”