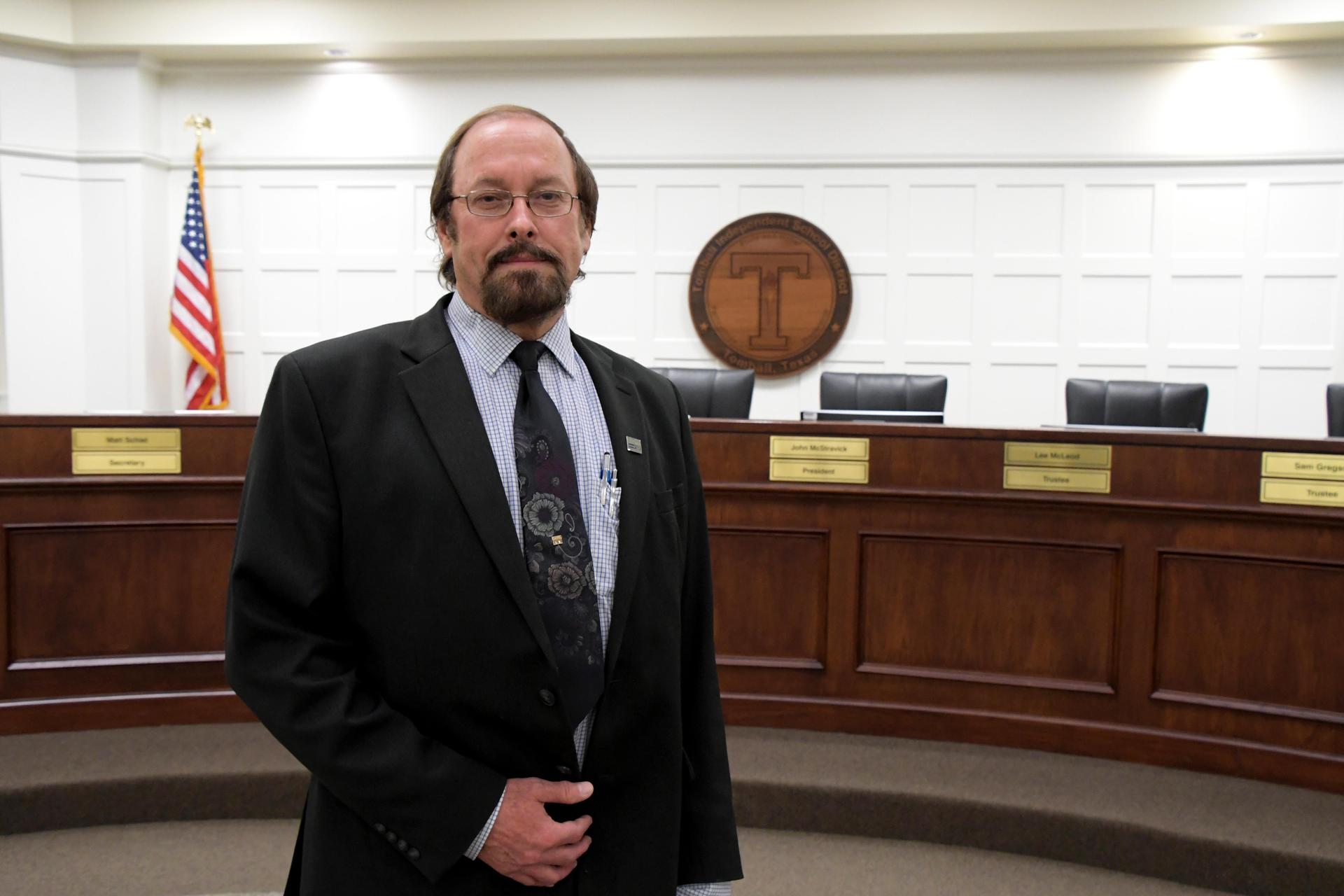 Tomball ISD Board of Trustees President

For every successful school district there is a supportive Board of Trustees and Tomball ISD is fortunate to have the backing from seven valued members of this community.

Leading the way and recently re-elected and voted as President of the Tomball ISD School Board is an individual who has lived in Tomball most of his life, Mark Lewandowski.

Lewandowski has lived in Tomball ISD since 1964 and is a 1974 graduate of Tomball High School. He went on to earn a Bachelor of Science degree from the University of Houston and is currently employed as the Engineering Manager at the Houston facility of SPX Flow Inc. He also serves as a subcommittee member of API SC6 – Valves and Wellhead Equipment representing SPX Flow Inc.

Lewandowski and his wife Cheryl, who works on the Tomball Intermediate campus, are both graduates of Tomball High and are the proud parents of three children, all graduates of THS.

“It’s really fun to be able to share the same school experiences I had growing up with my wife and children. Sometimes, we even talk about some of the same teachers or classes we had. One thing that is evident is that we have the same values some of which were obviously instilled by Tomball ISD and growing up in Tomball.”

A familiar face to the School Board, Lewandowski began his tenure as a trustee back in 2003 and has held positions of Assistant Secretary, Secretary, Vice President and President. He is also an officer, past President, and director in the Gulf Coast Area Association of School Boards and a graduate of Leadership TASB.

Along with his commitment to the school district, Lewandowski is a devoted community member and volunteer. His family are members of the St. Anne Catholic Church where he volunteers as an usher and is also a member of the Knights of Columbus, St. Anne Council 11472. Lewandowski has been an assistant coach, coach and league director in Tomball Youth Basketball and was a member of the All Sports Booster Club where he was a men’s basketball team representative.

“I have always been brought up to help others and do what is right and that if you don’t understand or have questions about something, you get involved and learn about it, you don’t complain about it. I was always interested in learning about and understanding school finance and after all of this time on the Board, I am still learning about it. Along with that and wanting to help make Tomball ISD one of the best school districts in the state are some of the reasons why I initially ran for the School Board in 2003,” he noted.

His commitment to the community in which raised him is showcased through his passion for education and being a part of something that is bigger than oneself. He truly is an advocate for public education.

“I truly enjoy seeing kids being successful and as a School Board member, we do our best to make that possible,” he said. “I’m just happy I have the opportunity to work with such a great group of people and contribute to our students’ educational experiences and success.”

Lewandowski has served this school district with fortitude and has truly helped elevate Tomball ISD to become a Destination.

“We have a great Board in Tomball. Having the opportunity to be involved in some of the other organizations like Gulf Coast and TASB, we are able to connect with other School Boards and see how they operate, we are truly blessed to have the relationships we do here to be able to work together each and every day,” The current trustees truly care about the students, parents and taxpayers, and the staff of Tomball ISD.” Lewandowski said.

He credits the achievements earned to the relationships built in this community, board members who work well together and have a common goal, and excellent teachers, staff, and administration.

“I am very proud of some of the accomplishments we have made,” Lewandowski said. “As a district, we received all A’s in the first year of the new state accountability system and was one of only 153 districts in the state and the only district in Harris County to have accomplished that.”

“Our great teachers and staff have developed a strong curriculum that helps our students be prepared for whatever life choices they make whether it be college or career. Over the last several years we have had bonds passed and opened many schools while being able to hold steady and even lower our tax rate.”

“We have excellent student programs that provide many choices for our students that includes career and technology, fine arts, athletics, college prep, community and leadership programs, and Tomball Star Academy to name a few. We continue to make changes that help us provide a physically and emotionally safe learning environment and there is so much more that the district is doing to help our students grow and be successful. It is my belief that while we are one of the best school districts in the state we have not yet peaked and that we will only continue to get better.”

It speaks volumes about the community and about the educational investment made in Tomball ISD to continue to see our alumni giving back to the community in which played a valuable role in their own life.

And for Mark Lewandowski, Tomball is home.