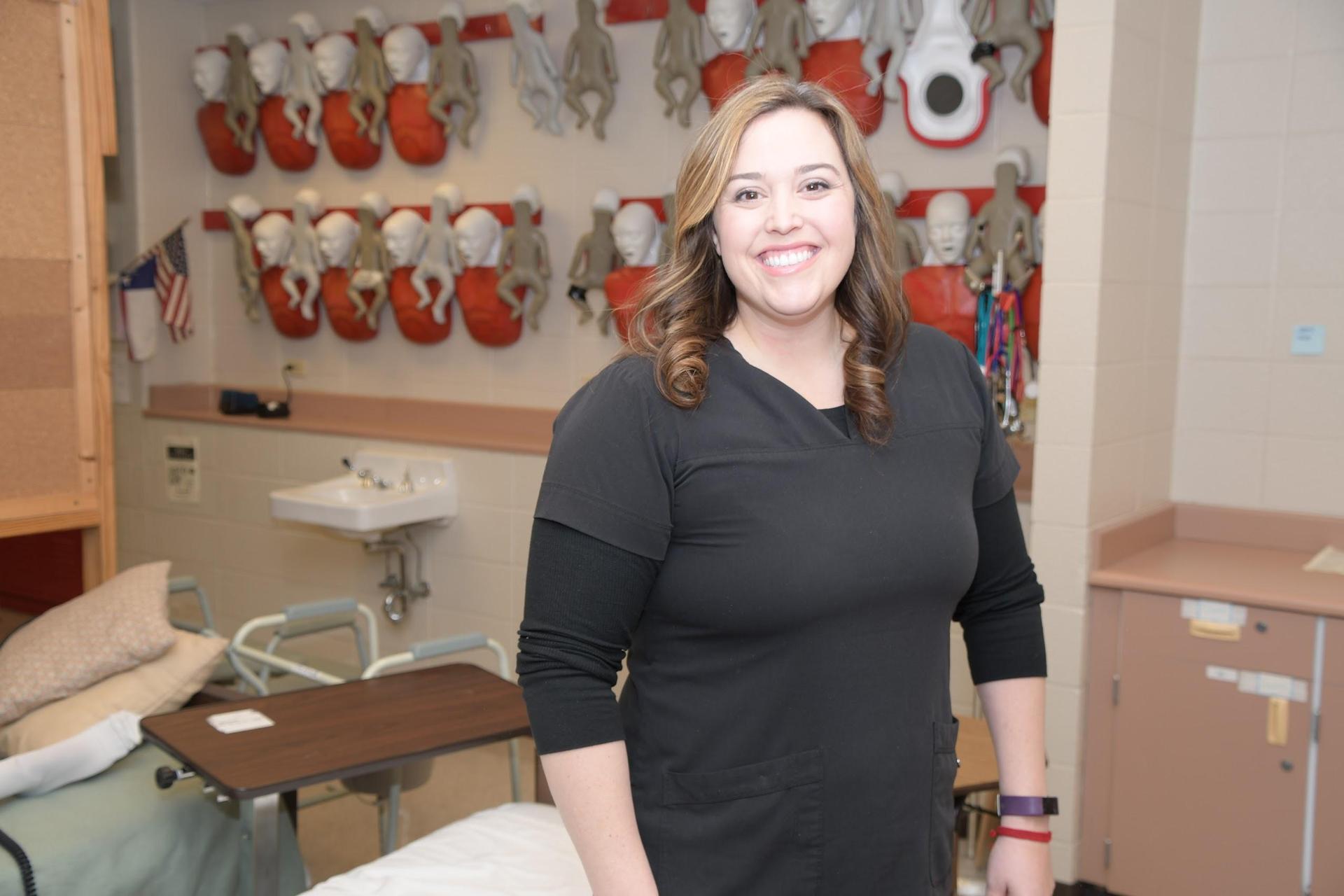 For her, returning to Tomball one day was a dream.

“Tomball had always been a dream position for me and one I never expected to have the chance to take as early in my career as I did,” she recalls.

Now in her 11th year in Tomball ISD, Zwerneman has found her niche as a teacher at Tomball High School in Health Science Technology and as the school’s HOSA sponsor.

“After eight years as an athletic trainer, I was ready for a new challenge that still let me nourish my love of medicine but also let me connect with students and families of TISD in more of an academic role as a teacher,” she said.

A 2001 graduate of Tomball High School, Zwerneman, formally Krystal Gary, was a three-sport athlete that excelled on the playing field and in the classroom. She left THS with a full scholarship to pursue athletic training and play college softball at Illinois State University.

Following her training, she became a Board-Certified Athletic Trainer and Licensed Athletic Trainer in Texas. She accepted a position at the University of Houston as a graduate assistant in athletic training where she earned her Master’s degree in physical education, sports administration.

Shortly after, THS came calling and offered Zwerneman a full-time position back at her alma mater.

“Tomball High School had always been an ultimate career move for me. Once I finally arrived back in Tomball, I was reassured that I had chosen a really special place with special people,” she said.

Family and her community were major reasons why the return was so special.

“I knew I wanted to be back in the community that raised me and wanted that for my three children as well.”

Her husband Curtis is also a Tomball graduate, their twin boys attend Tomball Intermediate and their three-year old daughter will attend TISD as well. A family connection runs deep in Tomball with Krystal and Curtis’ parents still residing in the community for over 40 years.

“As a daughter of an educator, I learned early on the importance of good education. Tomball ISD gives you the ability to prepare yourself for whatever you wish to do in the world while providing you a community that supports you along the way,” she recalls.

When looking back at her education and her experiences in Tomball, Zwerneman’s education is attributed to amazing teachers and administrators.

“I was blessed with these teachers and administrators instilling such a love of learning in me at a very young age. I learned how to enjoy the process. Now as a professional, I have noticed that the love of learning and striving to be successful in endeavors is still very strong and has taken me places I never imagined in my life.”

When asked what drives her to be a successful educator, Zwerneman quickly responds with, “seeing a student make a meaningful connection whether that be an academic success or the creation of a professional relationship that supports student growth. Every student deserves to have someone in their corner.”

And for Zwerneman, she has the opportunity to reflect on her past experiences every day in Tomball ISD and relate those to her student’s experiences and stories.

“Every contact I make with a student is a potential story they will look back on in their lives. It is very important. I had a great childhood and Tomball ISD was a big part of that.”