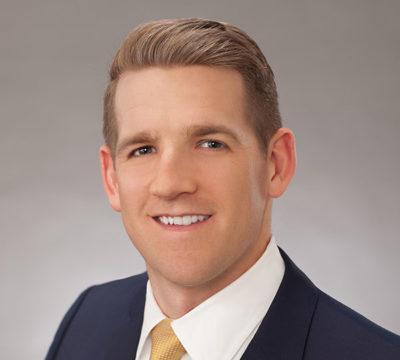 Leading the way in Sports Medicine in the Greater Houston Area, Tomball native Dr. Kanon Oswald is the Co-Founder of Vanguard Spine & Sport in Memorial and in the Heights. He currently serves as a Chiropractic Sports Physician, focused on improving function and activity in people’s lives as well as changing the way people view and utilize health care.

Expressing a keen interest in physical fitness and well-being at a young age, Dr. Oswald turned that passion into his career.

Dr. Oswald was basically born and raised in Tomball when his family moved to town when he was five years old. From there, he attended Lakewood Elementary, Tomball Intermediate, Tomball Junior High and Tomball High School, graduating among the Class of 2004.

He grew up competing in sports, participating in basketball and football for the Cougars during his career, and served as a mentor in Cougars for Christ and Young Life.

Dr. Oswald remembers the cherished memories created as a kid growing up in his small town.

“I think my favorite memory was Friday night football games. The community spirit throughout Tomball is a perfect example of what Texas High School Football is all about,” said Oswald.

Being raised by an Aggie and dreaming of an Aggie ring one day, Oswald graduated from THS and attended Texas A&M University. His career choice was then influenced by his uncle who was a chiropractor.

“My uncle’s patients love to see him and feel great after they see him. I knew I always wanted to help people feel better and live a healthy/active lifestyle,” he said.

Since beginning his career, Dr. Oswald has had the privilege of treating numerous professional athletes. He was honored to be selected to an athletic residency program at Rice University where he worked with all athletic teams. He currently works with the Nigerian Olympic track & field team helping keep their athletes healthy and preventing injuries.

His post-graduate studies include Graston and Kinesio Taping Techniques. Dr. Oswald has also completed a year-long postgraduate study of Whiplash and Brain Injury Traumatology at the Spine Research Institute of San Diego. He offers significant expertise in reducing pain, improving range of motion and increasing flexibility and overall performance by utilizing nutrition and broad-based patient care.

“In our practice we take pride in patient care and treatment outcomes and we are looking forward to expanding our business to a third location and have plans for much more future expansion across Houston and beyond,” Oswald said.

His passion for serving others is a true reflection of where he was raised and despite now living in the Memorial area as a working professional, he understands how special Tomball is to him, his family and his friends.

Dr. Oswald’s wife Laryssa is a former 7th grade science teacher at Willow Wood Junior High (2016-2020). The couple has one daughter Ava who is 1.5 years old and another little girl due April 2022.

“I am still in close contact with a ton of my high school friends to this day and will always be. My parents still live here and we make it back every year for the holiday parade, the German Festival, and to visit some of my favorite local restaurants in Mel’s Diner, Goodson’s Cafe, Old Tomball BBQ and Tejas. While Tomball has grown a lot since I graduated in 2004, the community and people of Tomball haven’t changed and truly care for one another.”