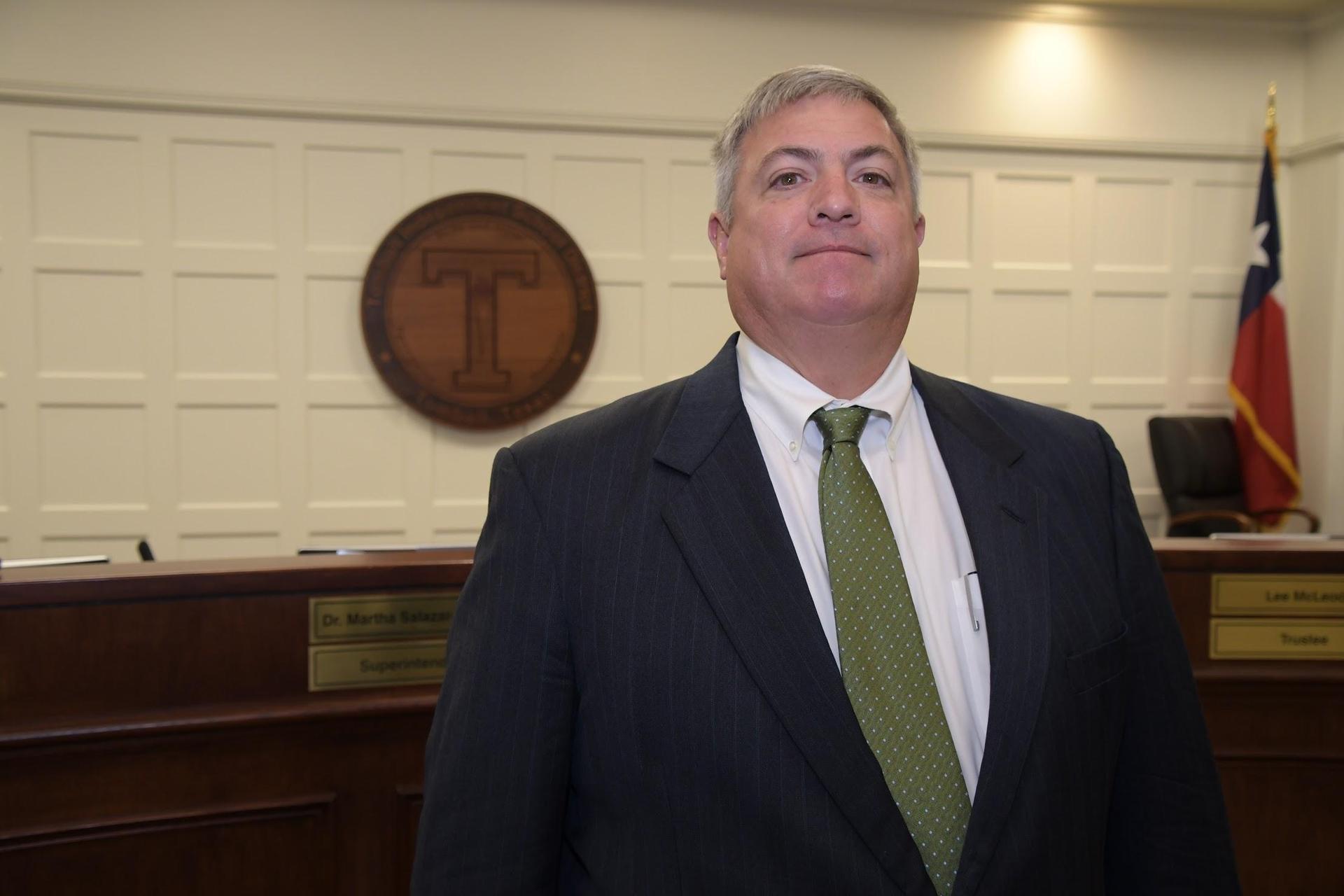 When it comes to defining excellence and understanding growth in our community, our Tomball ISD Board of Trustees plays an integral role in implementing change for the betterment of our district.

For John E. McStravick, his commitment to the School Board dates back to the year 2000 but his love for Tomball has been instilled in him since his childhood. McStravick is a 1983 graduate of Tomball High School and with nearly 20 years serving as a valued Trustee, he  has been fortunate to experience a multitude of change.

“Despite these changes [geographic], the District has, in my opinion, done a great job of helping to retain a small community feel within our schools,” McStravick said. “That is something I want us to work hard to retain. It is just another facet of what makes Tomball ISD unique.”

A proud Cougar he is, McStravick is a native of Tomball. After graduating from high school, he ventured off to College Station, receiving a degree in agricultural engineering from Texas A&M. He went on to pursue a 10-year career for Halliburton Energy Services, holding positions in engineering, management and sales.

“I had a very rewarding career as an engineer, but when the industry was going through a low cycle in the 90’s, I decided I wanted to ‘take more control of my destiny’,” McStravick recalled.

He went on to pursue a law degree and by 1998, he received his Juris Doctorate from St. Mary’s University School of Law in San Antonio. He began his law career at a private practice in downtown Houston. He and his wife Jennifer, who he met at Texas A&M, decided to plant their roots back in the Tomball area.

“We had one child currently in school and two more who would start school soon, so finding a house in a good school district was important to us,” he said.

It wasn’t shortly after his arrival back home to Tomball that McStravick was eager to begin giving back to the community that supported him. When Tomball ISD launched a facilities study in 1999 in preparation for Bond 2000, McStravick was immediately interested.

“With three children who were or would be in TISD schools, I decided I would like to be a part of shaping the District moving forward and assist in this process. I was asked to be on the steering committee, which gave me the opportunity to learn a great deal about the current state of the District and interact with many of the administrators,” he said.

And for McStravick and Tomball ISD, timing was everything.

“I then learned that a particular board member was not planning to run again. I had a strong desire to continue my relationship with TISD so I decided to file for the School Board position being vacated.”

And nearly 20 years later, McStravick still remains a valued member of the Tomball ISD School Board.

“My parents were living examples of giving back to our community and I want to do my part to carry on their example and to respect the work of all those before us,” McStravick said.

A community is only as strong as those who continue to serve and McStravick has committed his life to being a servant leader as a father figure, board member, and business leader.

As a proud graduate of Tomball High School, McStravick has had the opportunity to witness all three of his children also graduate from THS.

“I’m very pleased that they were able to experience, first hand, quality educators who I also had while in Tomball. I am more convinced today than ever that we made the right decision to move into this District,” McStravick said.

In 2014, McStravick started a solo practice and currently practices law at the Law Office of John E. McStravick.

“The Tomball community is blessed to have had visionaries who helped make this community what it is today. The torch has been passed, as it should be, and it is up to us to carry that torch to take this community into the future being true to the legacy of those before us.”