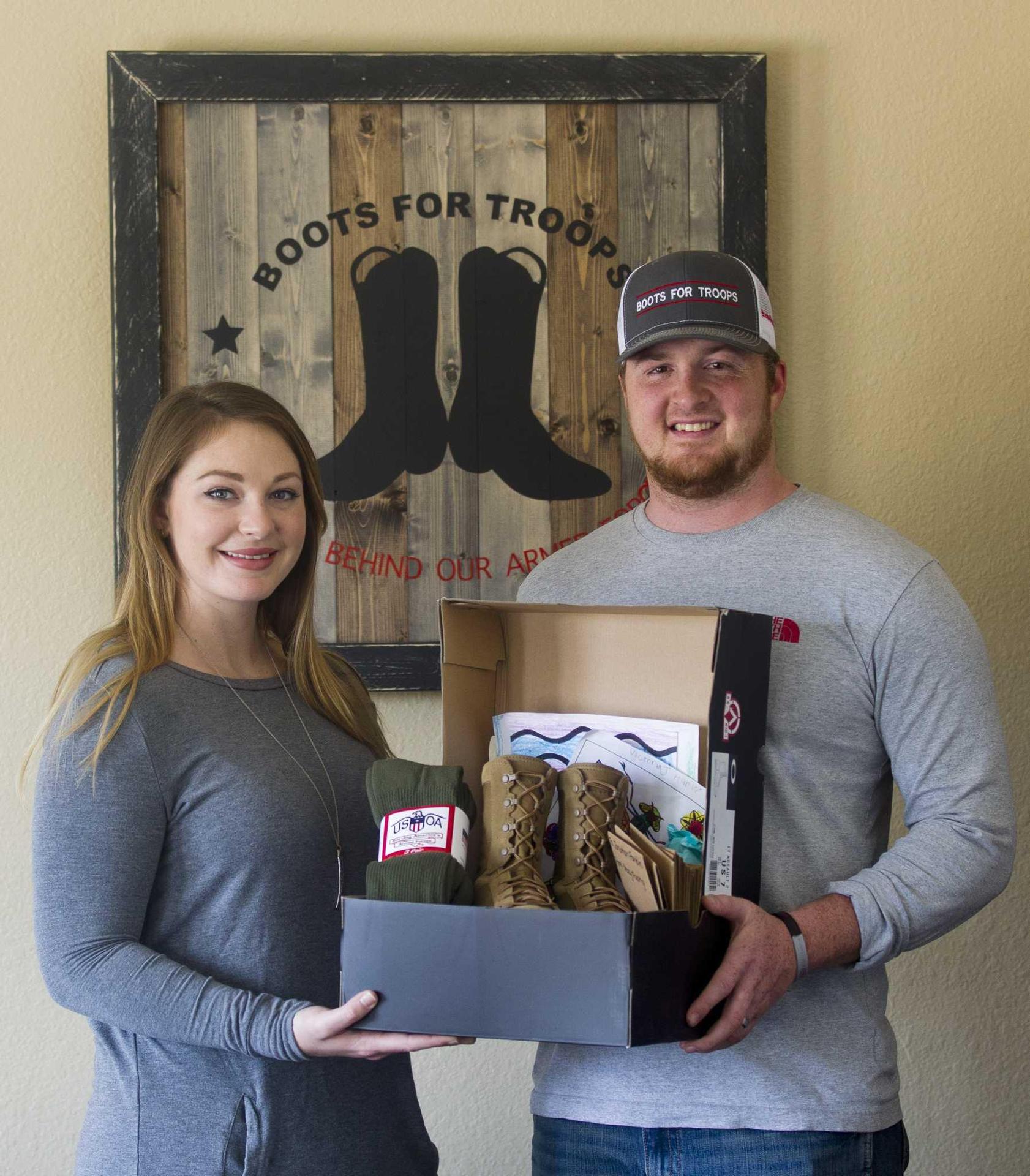 He is an honorably discharged veteran who has devoted his adult life to giving back.

For Tomball High School graduate Jimmy Rogers, it was a personal experience that motivated him to begin the powerful and uplifting care package program, Boots For Troops.

It all started when Rogers began his military career in 2011, enlisting in the United States Navy. His time away from home was hard at times.

“I saw and experienced the loneliness and challenges that come with being on the other side of the world away from the ones you love,” he recalled.

It was the year 2015 when Rogers really noticed a need and reached out to his wife Lindsey back home.

“My fellow crewmen were often lonely and missing the comforts of home, and when care packages came, they didn’t seem to be as personal as they could be so right then I decided to launch a GoFundMe campaign that was the start of Boots For Troops. I wanted to make getting a care package an exciting moment for each service member,” Rogers said.

With the support of Lindsey, a THS graduate as well, Rogers built a program that not only brings a community together for one purpose, but creates a memory for those who deserve it the most.

“The one thing that always made you smile and got your mind off missing home even for a brief moment was a care package. I was motivated to start a program where each package was custom to one recipient, therefore providing the biggest morale boost possible.”

Not only does each care package come personalized for each service member, each one comes with a new pair of boots.

Through many email exchanges, Boots For Troops earned its 501 c(3) status and shortly following Rogers was officially discharged and returned home to the Tomball area.

When it comes to community support, he reflects on growing up in the Tomball community. Even though his life wasn’t perfect growing up, the experiences he had allowed him to personally connect with Boots For Troops.

When asked ‘what drives you to give back?’, Rogers pondered the question a bit.

“I have not always been so lucky to be in the position I am today. There was a time in my life when I needed help, and people helped me. I remember those times. They stay close to my heart, and keep me driven to help others.”

Four years ago, Boots For Troops was a start-up. Now, it has grown into a community-supported program that has inspired so many to become involved.

“The community helped build Boots For Troops into what it is today,” Rogers said. “Some local businesses and residents helped fund our dream and the community has completely embraced this program and I’m very proud of what we are accomplishing together.”

The community of Tomball has the ability to really support one another and for Rogers and Boots For Troops, his hometown never disappoints.

“We absolutely love this community and are proud that we can give the people somewhere to support our deployed troops.”

Boots For Troops has delivered over 1,200 packages and helped over 85 troops return home and they aren’t done yet. Whether it’s community packing events or hosting the largest concert in the area each fall, Concert in the Country, Boots For Troops values its volunteers and the commitment they all share to spread kindness throughout the community.

And for Rogers, his ability to reconnect with his hometown has empowered so many to understand the true essence of giving back.

To support Boots For Troops or learn more about the care package program, visit http://www.boots4troops.org/.