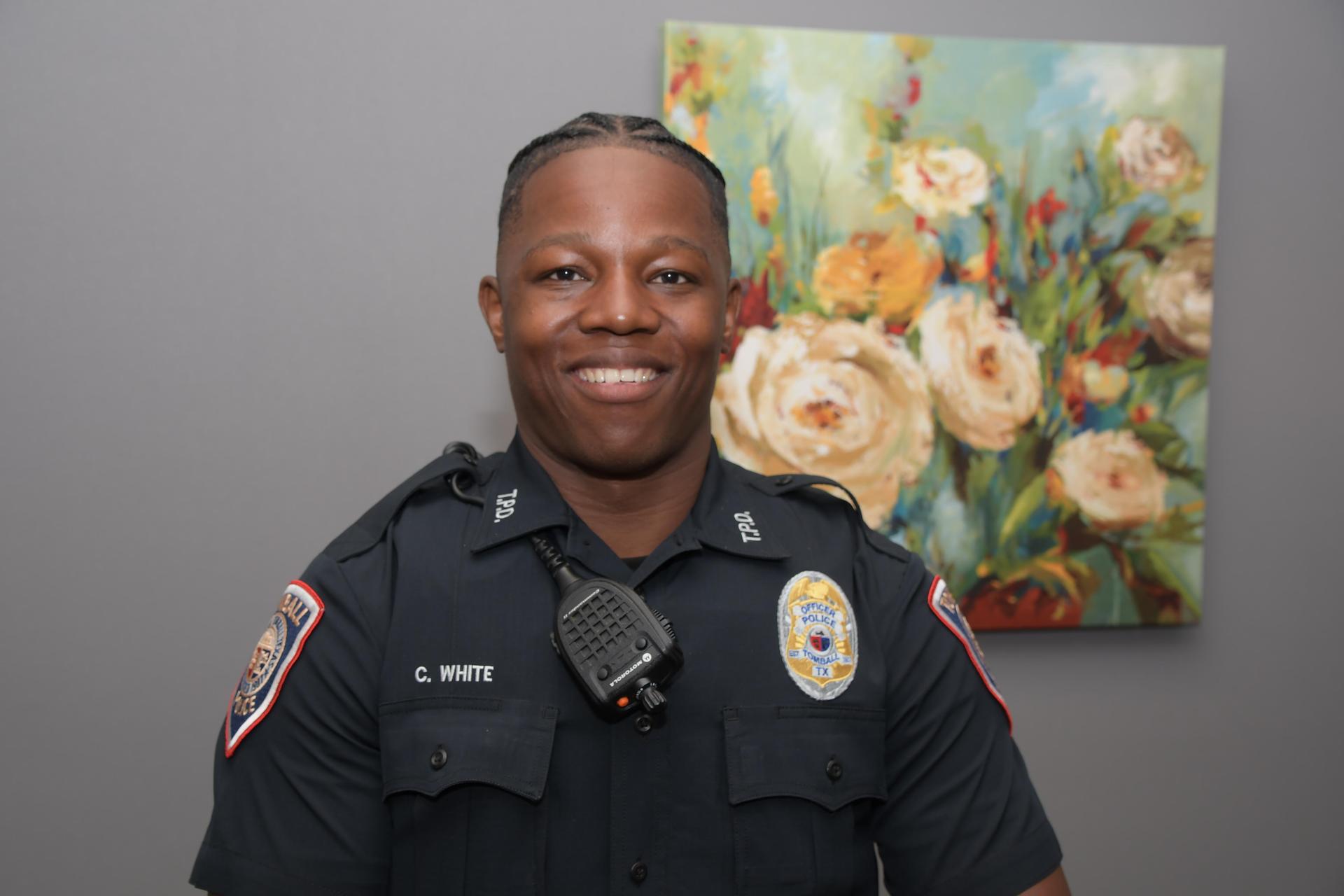 Being a mentor for kids was his calling from the beginning.

For Courtnay (Coco) White, his past experiences helped shape who he has become as a leader in the Tomball community.

Today, he not only serves the people of his hometown as a police officer but also as a respected School Resource Officer (SRO) for Tomball ISD and as a senior pastor at his childhood church.

While in school, White was actively involved in sports and ROTC, excelling in football as an all-district performer and in track, as a regional qualifier.

“Attending Tomball schools was a great experience,” he said. “Not only did I receive a great education from Tomball, but TISD prepared me for the real world.”

As a 2006 graduate of THS, White took his educational experience to Prairie View A&M University where he became a member of Alpha Phi Alpha fraternity, graduated with a degree in criminal justice and shortly after attended the police academy. White then pursued his law enforcement career with Montgomery County Sheriff's Office as a detention officer.

It wasn’t long before White returned home and joined the City of Tomball Police Department in 2015 and has been that leader in the community ever since.

“I pursued a career in law enforcement because of the impact several SROs had on me as mentors when I attended Tomball schools,” White said. “These men helped and motivated me during tough times to overcome adversity. The mentorship of these gentlemen inspired me to make a difference in my community, which is why I am in Tomball now.”

White has worked for the Tomball Police Department for six years and has been a School Resource Officer (SRO) for 5.5 years, serving at Willow Wood Junior High and now currently at Tomball High School.

White shares his love for the community with his wife, who is a teacher at Tomball Intermediate School.

“It is amazing having her work in the district, as she is able to see all of the wonderful things I’ve told her about TISD over the years,” he said. “She shares the same passion as I do when it comes to building relationships and inspiring  students to achieve their dreams.”

As White reflects on his career in Tomball ISD, he is inspired by being a role model.

“As a student, I faced adversities. What inspires me to be a role model is knowing there are kids who are facing the same adversities I faced,” White said. “The best part of my job is being a mentor to the kids and being able to share my story with them - letting them know that mistakes don’t define them but are opportunities for growth. “My job gives me an opportunity to build positive relationships with my students and be a source of sound advice.”

Whether it's attending a football game, a community board meeting or visiting Tomball High School during the school day, you will see White visible and always that secure presence every school district needs in a SRO.

And for White, it was the memories and experiences he had as a child growing up in Tomball that has made him truly appreciate his job and his hometown.

“Tomball is a close-knit family community. It is a place of pride, support and love.”