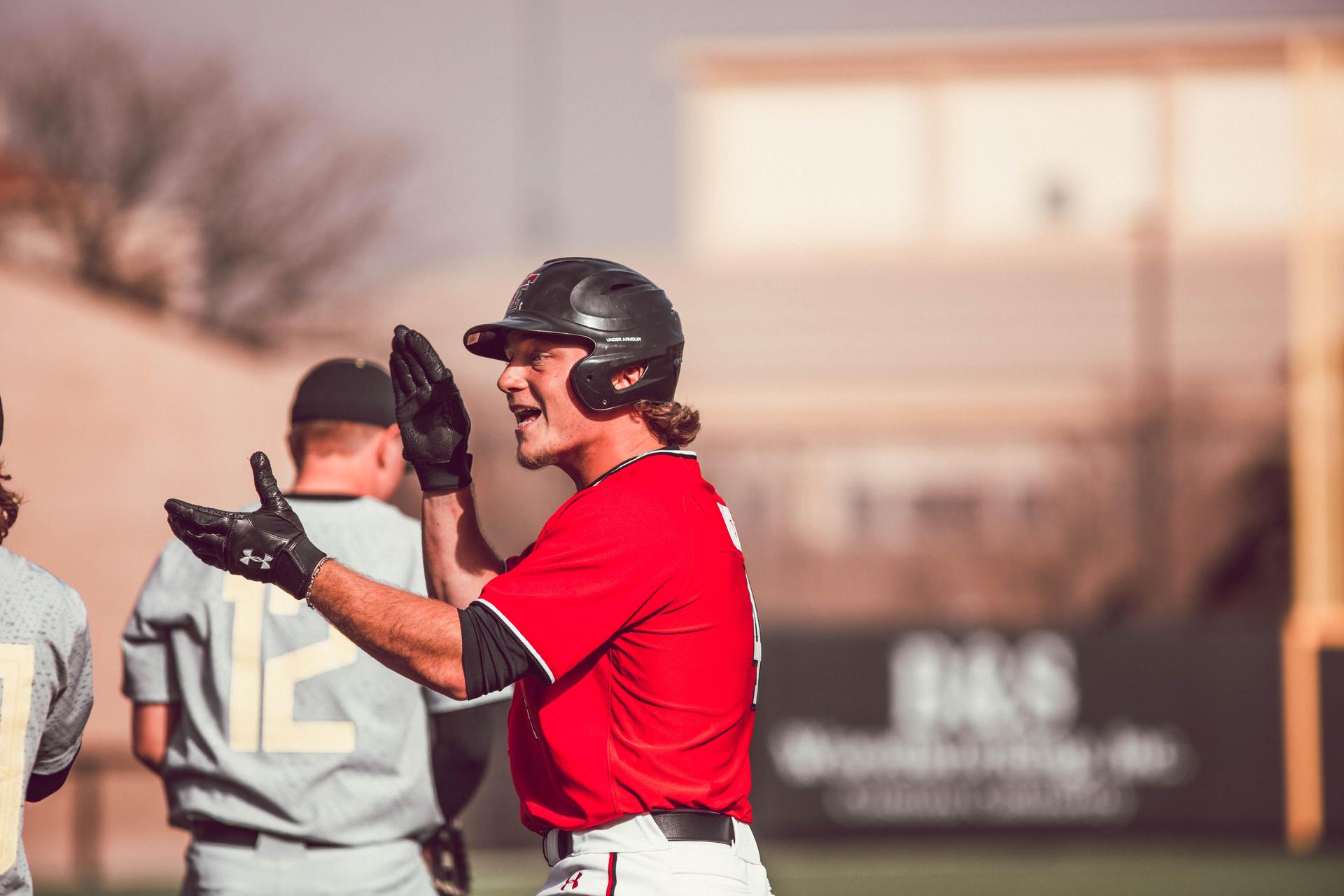 Dru Baker may only be one year removed from high school but his ability to adapt and grow as a student-athlete has made his first year at Texas Tech University one to remember.

A 2018 graduate of Tomball Memorial High School, Baker’s name lit up the sports columns during his time as a Wildcat student-athlete. The drive and motivation he had to excel at the next level landed him a baseball scholarship for the Red Raiders out in Lubbock, Texas.

Baker was raised in the Tomball community his entire childhood and isn’t shy to praise the support he received during those days.

“My childhood growing up in Tomball was nothing short of great,” he said. “There was a lot of opportunity throughout my childhood to grow and learn about who I wanted to be with no worries.”

“I think the best part about the Tomball community was that even with all the growth in population, it still felt like a small town,” he recalls. “Everybody knew everybody, and you could always count on neighbors and friends to be there for you.”

Even though it had only been open for a few years, Tomball Memorial High School provided Baker with an experience that he will never forget.

“Attending TMHS provided me a lot of opportunities to create new traditions and legacies for the school because it was new,” he said. “My best memory from high school was representing my school and playing sports with my friends, whom I have played with since I was little.”

Representing Tomball Memorial as the quarterback on the football field and as an infielder on the baseball field, Baker was a two-sport athlete that modeled the ability to juggle and excel at the highest levels.

“It was very busy playing two sports in high school, but I have been doing that for most of my life, so it wasn’t too much of a struggle,” he said. “The support from my coaches was great. They never forced me to specialize in one sport, which as great since I loved playing both.”

He was an All-District performer in both sports and an All-State honoree in baseball. Baker threw for over 4,500 yards in his career with 42 touchdowns. He also hit .440 with five home runs, 12 doubles, two triples, 45 RBI and 20 stolen bases during his senior season alone.

Baker helped the Wildcats advance to the Baseball Regional Finals with a 30-12 overall record in 2018.

“My senior year baseball season was the most fun of my life,” he said. “I had been playing with these guys for four years and we finally had the chance to show off in playoffs.”

When it came to choosing a university, Baker had options. He had put himself in a strong position both athletically and academically to have a choice of where he wanted to extend his education and he chose Texas Tech University.

“I chose to attend Texas Tech University because it had everything I was looking for in a college and in baseball,” Baker said. “The coaches were great and the facilities were awesome.”

Playing college sports provides an avenue for students to represent their University and Baker has enjoyed every minute of that opportunity.

“Playing baseball at the highest level is very nerve racking, however, it is an amazing experience learning from all the coaches and older players on the team,” he shared. “Also, it is really cool that I get to see a lot of new places while traveling for baseball.”

In 2018, Texas Tech advanced to the NCAA College World Series after beating Duke in the Super Regionals. The Red Raiders are aiming for their fourth trip to the College World Series in six years under head coach Tim Tadlock and Baker has the opportunity to be a part of that moment.

Baker has contributed immensely on the baseball field as a true freshman, starting nearly 30 games and hitting over the .300 mark. As the season nears the end, Baker and the Red Raiders look to make another postseason run. Along with his efforts on the field, he continues to focus on his academics. He is a sports management major and has dreams of one day working for ESPN following his baseball career.

When Baker has time to reflect on his early contributions at Texas Tech, he will be able to recall the hard work, dedication and the will to succeed he had growing up in Tomball.

“For me, the motivating factor in continuing to be a student-athlete was all the hard work I put in this sport growing up. I spent a lot of weekends and weeknights practicing. I was elated when I received an offer from TTU because it proved to me that the hard work paid off.”

Baker has continued to represent Tomball Memorial High School and the community as a model student-athlete and has seemed to have found the right place for him to be an immediate contributor both on and off the field.