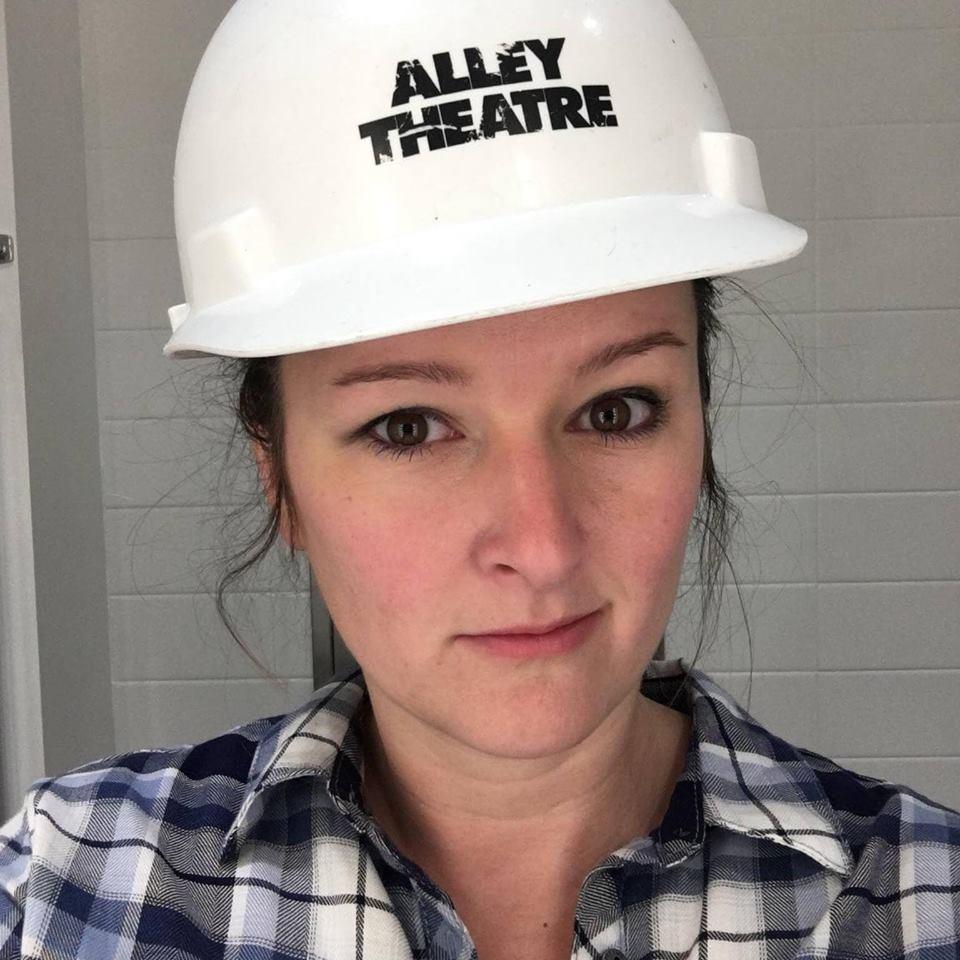 For Bekah Bryant, technical theatre in Tomball paved the way for a career behind the scenes.

It all started back at Tomball High School, Bryant, formally Bekah Harris, found a passion for technical theatre and never looked back.

“I took tech Theatre I, was good at building and really enjoyed it. I never had an interest in acting, like many in my field. Instead, I enjoyed creating art that thousands of people saw and admired,” Bryant recalls.

It took one friendly invite from peer Christie DeBacker in high school to help shape Bryant’s future in technical theatre.

“She was a tennis teammate of mine in high school and also in the production class. She invited me to hang out with the production kids, and that was a major game-changer,” Bryant said.

From then on, Bryant’s love for building, creating and managing were what paved the way for her career path she enjoys to this day.

Bryant built and worked on every show in high school and eventually became the main stage manager at THS. She also gained experience working the rentals that came through the Theatre, like The Nutcracker.

Bryant began her Tomball ISD career at Beckendorf Middle School in fifth grade, attended Tomball Junior High and eventually graduated from Tomball High School in 2002. She continued her love for technical theatre at the next level, attending Sam Houston State University. She studied technical theatre with an emphasis in technical direction and design. She worked stock all over while in summer school every summer, including the Gilbert and Sullivan Society of Houston, UH and Utah Festival Opera Company.

She credits THS Theatre Director Clint Cottom for his advice and leadership.

“When it came to picking schools I had a lot of choices, but Clint Cottom made a strong argument for SHSU. Mr. Cottom believed in me and helped point me in the right direction,” Bryant said.

Following those 10 years, she resided in Australia where she took a little over a year off to raise her children. She then returned to the United States in 2018 and was immediately hired by The Alley Theatre in Houston.

The Alley Theatre is a Tony Award-winning theatre company in Houston. It is the oldest professional theatre company in Texas and the third oldest resident theatre in the United States. The Alley produces up to 16 plays each year in its newly-renovated Theatre, ranging from the best current work, to re-invigorated classic plays, to new plays by contemporary writers.

Bryant began as an over-hire carpenter with The Alley Theatre before moving into her current role as a full-time Scenic Carpenter. Along with that role, she also works as a Scenic Artist and an Assistant to the Technical Director.

Theatre in Tomball continues to provide students like Bryant an opportunity to fulfill a passion they love and turn it into a career. Her story speaks volumes to utilizing experiences in high school to create a future that you enjoy.

“I was lucky to have good influences in my life and all my experiences have led me to where I am today. Having a large, working theatre at my disposal in high school allowed me to be successful and provided me with the resources needed to excel and realize what I wanted to do in my career,”  Bryant said.