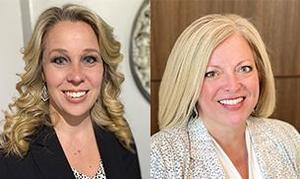 Dr. Alicia Reeves has been named our new Human Talent Officer. In this role, Dr. Reeves will assist in leading the work being done among the Human Talent team.

Dr. Reeves joined Tomball ISD as its School Support Officer for Elementary Schools in July 2021.  During her time in Tomball, she has built relationships with the Tomball ISD campus leaders and helped mentor and coach these leaders in developing processes and systems that lead to school improvement.  Additionally, Dr. Reeves was able to guide and support the implementation of the district curriculum initiatives.

During the Fall 2021 semester, Dr. Reeves was tasked with developing and overseeing the Limited Virtual School option for Tomball ISD students who were unable to return to the face-to-face setting.

During her career, Dr. Reeves has served as an elementary and intermediate principal, assistant principal, as well as a classroom teacher. She joined us from Conroe ISD and Deretchin PK-6 School where she served as the Principal from 2010 - 2021.

Dr. Reeves not only managed her time as a campus administrator but also participated in many district-level committees, including the “Leader of Leaders” committee to create and lead staff development for Principals.

Dr. Reeves began her career as a teacher at Lamar Elementary in Conroe ISD.

As SSO, Romero-Mueller will continue to build relationships with campus leaders and help mentor and coach these leaders in developing processes and systems that lead to school improvement. Additionally, she will assist with the implementation of the district curriculum initiatives.

Romero-Mueller has dedicated over 25 years to education and has been in Tomball ISD since 2013 as both a campus and district administrator.

She currently is supporting district programming for Dyslexia Services, Pre-Kindergarten, English Language Arts & Reading (K-6) and Social Studies curriculum and instruction (K-12). Since 2017, she has also served as Director of Special Programs and the Director of Advanced Academics.

In this role, she facilitates curriculum design, review, and ongoing refinement as well as develops and delivers district-wide professional development for administrators and instructional staff.

Prior to supporting at the district level, Romero-Mueller spent 2013 to 2017 as Principal of Tomball Intermediate School.

Romero-Mueller offers a diverse background in education with an emphasis on leadership. She began her career in 1995 as a Multi-District Program Coordinator and Program Instructor in Deer Park ISD. She then transitioned to Cypress-Fairbanks ISD as a Special Education Instructor and Specialist (1998-2003), an Instructional Design Specialist (2003-2004) and then into a campus administrator (2004-2013) before joining TISD. Romero-Mueller also spent 2001-2002 as an Adjunct Instructor at Stephen F. Austin State University.

Romero-Mueller earned her Bachelor's degree in Rehabilitation from SFASU, a Master’s degree in Administration from Sam Houston State University, a Business Certificate from Rice University and is currently pursuing her Doctorate in Education from Texas Tech University.