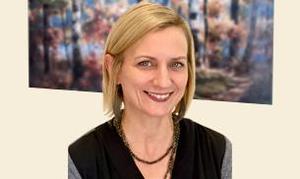 In this newly-established role, Dr, Schindewolf will oversee School Leadership in both our Elementary and Secondary Schools, community and parent engagement as well governmental relations and accountability/school performance.

Dr. Schindewolf brings nearly 25 years of educational experience to this role and has dedicated her time since 2011 to making Tomball ISD a Destination District.

Since May 2017, Dr. Schindewolf has led as Chief Academic Officer, playing an integral role in the District’s overall success, including its straight A rating.

In this role, she oversaw all areas of academics and continued to promote high quality instruction, a collaborative culture and social-emotional learning for the support of all students.

Led by her innovative mindset and vision for the future, Dr. Schindewolf leads the work of Destination 2025 - Tomball ISD’s Strategic Plan, has established cohesive CTE programs of study, initiated the opening of the Two-Way Dual Language Academy, enacted a district-wide implementation of professional learning communities and emotional backpack as well as supported the work done by campuses in earning Model PLC status.

Prior to being named Chief Academic Officer, Dr. Schindewolf served as Assistant Superintendent of Secondary Schools from 2014 to 2017 and as Principal of Tomball Junior High from 2011 to 2014.

She brings experience as a classroom teacher, where she began her education career in a neighboring district back in 1997, as a campus administrator (2003-2014) and as a district administrator.