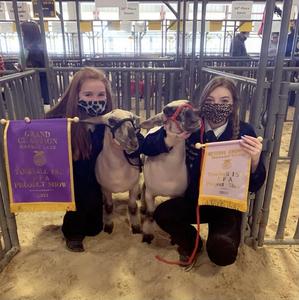 Tomball ISD students from THS and TMHS took part in the FFA Project Show. Here are the results.

The 2021 Show was held virtually and live streamed for fans to watch.